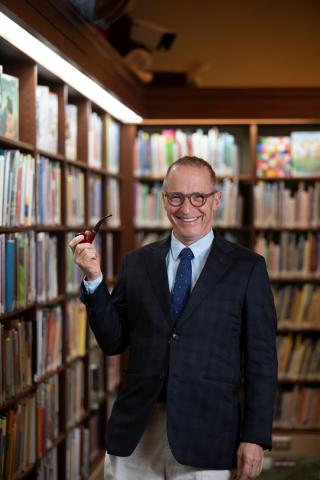 KBIA Presents “An Evening With David Sedaris” on April 17, 2023 at 7pm in the Missouri Theatre as the final event of KBIA’s 50th Anniversary celebration.

Beloved humorist and perennial New York Times best-seller David Sedaris has been bringing his signature self-deprecation to both the page and the stage ever since his comic debut in the late-'70s. Sedaris's live shows are equal parts touching and uproarious, taking his childhood trials and tribulations as a starting point and going on to tackle everything from his eccentric family to American politics. Fans of witty, irony-laden anecdotes are in for a treat as Sedaris hits concert halls around the country with his latest show “An Evening with David Sedaris”. David will be doing book signing pre-show and post-show. “An Evening with David Sedaris” is part of the humorist’s tour for Spring 2023, running March 31 through May 16, 2023.