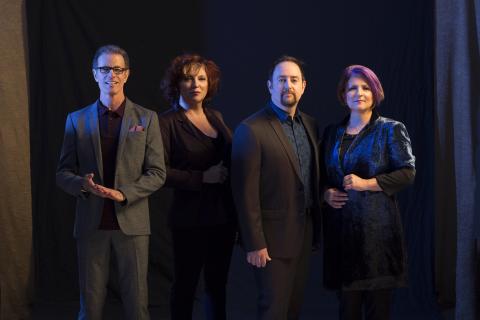 Beginning with their first performances in the early 1970s, The Manhattan Transfer have become the cornerstones of contemporary music.  This eclectic group is known for their amazing harmony and versatility, incorporating pop, jazz, R&B, rock and roll, swing, symphonic, and a cappella music. The group made their recording debut with their self-titled album in 1975. Known primarily as an East Coast cult act, they expanded their following by starring in their own 1975 CBS-TV variety series as a summer replacement for the Cher Bono Show. Starting as an underground group in New York City, The Manhattan Transfer garnered international popularity when “Chanson D’Amour” from the 1976 Coming Out album became a No. 1 hit in Europe.