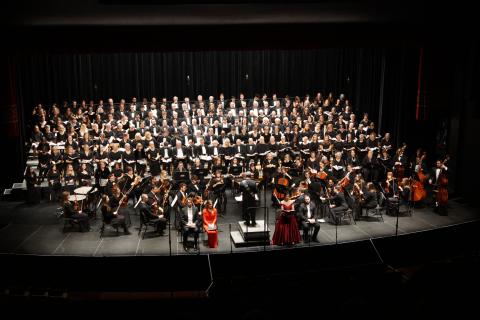 The Messa da Requiem is a musical setting of the Catholic funeral mass (Requiem) for four soloists, double choir and orchestra by Giuseppe Verdi.  Considered too operatic to be performed in a liturgical setting, it is usually given in concert form of around 90 minutes in length.  Musicologist David Rosen calls it “probably the most frequently performed  major choral work  composed since the  compilation of Mozart’s Requiem”.