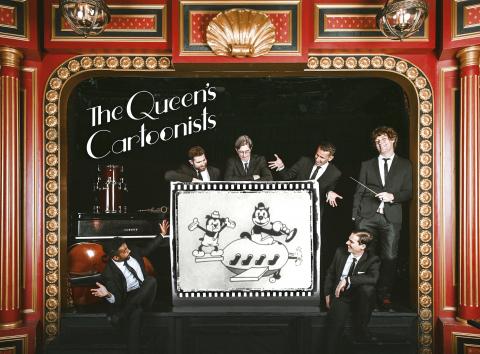 The Queen’s Cartoonists play music from classic cartoons and contemporary animation. The performances are synchronized to video projections of the original films, and the band leads the audience through a world of virtuosic musicianship, multi-instrumental mayhem and comedy. Behind the project is a single question; is it possible to create jazz and classical music in the 21st century that appeals to everyone? Even people who normally wouldn’t go to concerts? The Queen’s Cartoonists present a concert for everybody - regardless of age, gender, or familiarity with the concert hall.

The band is on a musical mission of equal parts performance, preservation, and education. Expect the unexpected from repertoire that includes the Golden Age of Animation, cult cartoon classics, modern animation, and elements of a musical circus!